Without a responsive strategy, it is easy to fall flat

The website, https://www.toysrus.com/, might still be on, but Toys R Us filed for Chapter 11 Bankruptcy on 26th September 2017 in the US. In this

The website, https://www.toysrus.com/, might still be on, but Toys R Us filed for Chapter 11 Bankruptcy on 26th September 2017 in the US. In this brief, I explore how poor strategy led to the collapse of this once giant pacesetter in the retail space. When you are big, it is easy to get pre-occupied with the routine at the expense of strategic thinking which has a deadly end.

Toys R Us was one of the leading companies in the toy market.

The company that started 69 years ago, expanded steadily to over 1,600 stores globally, with annual revenues at US $13 billion. However, the future of the company and her legacy is under question marks. And it goes a long way to show how sometimes slow reaction to market dynamics is a clear threat to business sustainability.

On line reports show that in 1999, Toys R Us was very high in demand on its first on-line presence. The company established a basic site which became a hit and received so many orders that it fell behind on shipping and failed to get Christmas gifts to customers who had made their purchases weeks in advance and that this ‘resulted in a $350,000 fine from the US Federal Trade Commission.” In response, the company made a business case for additional investment. And it came to pass. In February 2000, Toys R Us received a $60 million investment from Japanese technology conglomerate SoftBank.

The deal made Toys R Us a Silicon darling. It had the money to stock variety products. Its online business was doing so well that they could not meet demand. And Amazon came knocking. Toys R Us was so successful that Amazon signed an exclusive agreement with the company to retail their toys on-line under a 10-year exclusive partnership online with Amazon.com.

Quarz Media online reported thus:  “Toys R Us agreed to stock a wide variety of its most popular toys on Amazon in exchange for being Amazon’s exclusive seller of toys and baby products. The companies also agreed that Toys R Us would give up its online autonomy, with ToysRUs.com redirecting back to Amazon. Toys R Us paid Amazon $50 million a year plus a percentage of its sales through the Amazon site. The joint toy store quickly became the top site for kids, and sales met or exceeded Amazon’s expectations in 2002. But Amazon wanted more. Jorrit Van de Meulen, an Amazon executive who works on toys, drafted a memo for children’s products in 2003. “Amazon has effectively ceded control of the toy and baby stores to [Toys R Us],” the memo noted. “This is not always a good thing.”

And to its word, Amazon decided to open the space.

By spring 2003, other merchants were selling toys and baby goods on Amazon. Amazon CEO Jeff Bezos met with Toys R Us executives to demand greater variety in its merchandise.  To meet the growth Amazon’s growth appetite, competitors’ toy and baby products continued to appear on Amazon, including in search-related ads.”

This brought up an uproar.

Toys R Us went to court. And won.

In 2006, three years later, Amazon agreed to pay $51 million to settle the dispute.

But the deal dealt an early blow to Toys R Us company’s digital efforts, as it relied on Amazon instead of creating its own e-commerce platform and identity. In the end, it had wasted over eight years of no digital and so needed to learn faster to catch up with the competition including Amazon that had now thrown the spanner. Over the years, online shopping had eaten away at brick-and-mortar outlets and Amazon and other brands were formidable competitor.

This is a big lesson in strategy – do not outsource a core function. You cannot outsource your online strategy.

Strategy insights for you 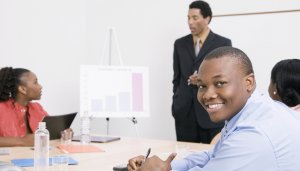 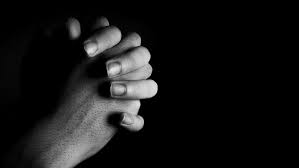 Now available on Amazon: 7 tools of an effective board member