Contents1 The old woman’s nightmare 2 The morning3 The hearing 4 The court in total awe. During festivities, many people lock their houses and

During festivities, many people lock their houses and spend the night out with friends as they celebrate. On the last day of 1998, residents of a gated community locked their houses and went out to Sheraton to bid farewell to the old year. However, an old lady living in one of the houses did not move out.  She stayed behind.

The new year, 1999, was considered to be the last year of the world. Stories abound that the world would come to an end on the last day of 1999. To some people who believed in some cult-like religions, they were preparing for their last year on earth. It was celebrations galore.

But some things like theft and robberies, do not go away.

Why die of hunger when you could die with the rest of humanity of the last day on earth?

At about midnight, thieves broke into one of the nearby houses. She had the curfew and woke up. Being alone in the house, she could not make an alarm. The quietly looked through the small window opening under a full moon and noticed a familiar figure. As the man maneuvered to break the door with three others, she noticed a one Kabasi Kanyama, a common figure within the community, as he removed the door lock. Scared to death not to make any slightest noise, she saw the crime in action but was helpless to do anything. People were in a new year mood, with noises and alarms of the new year buzzing. Surely, no one would be able to identify a crisis alarm from that of a new year frenzy. After removing all electronics and mattresses, the thieves moved to the neighboring house. They kept moving close until one of the thieves shouted: “how shall we carry all these” in the local dialect. Before they hit the old woman’s door, Kabasi uncharged and retreated. He turned around and disappeared in the morning darkness.

The old lady said she feared to go back to bed. She just sat on the window spot and covered herself until early morning at about 5 am when the residents started returning.

Residents were welcomed by empty houses and broken doors. It was noise everywhere. In the morning, the extent of the loss became clear. All valuables had been taken.

And that is how the old woman came out to explain that she witnessed the robbery in progress but could not dare raise an alarm since it would be heard only by the thieves which would have cost her life. She named the suspect. Being an allegationthe matter was reported to the local police, which did an investigation. The residents wanted justice. They reported opened a court case against the suspect.

The magistrate court heard the matter.

The suspects hired a brilliant defense counsel. Who did his homework? He noted that the woman witness, the old lady, who had said that he witnessed the robbery in action and was able to identify the suspect, defense counsel’s client, had undergone eye examinations and got glasses two weeks after the crime had taken place. The lawyer avered that such a woman probably could not see well and therefore he made a mistake.

At cross-examination, defense counsel went straight to the point, after the usual pleasantries of your name, age, and searing.

In court, every counsel must have a defense strategy – discrediting the credibility of the witness (through all manner of ways like attacking their qualifications, prior criminal history or integrity failures, etc so that they don’t pass the fit and proper test to witness the matter.) In this case, if defense counsel would prove that the woman had poor eyesight, she then could not surely have identified the suspect. The line of questioning or cross-examining the witness was aimed at discrediting the accuracy of the old woman’s eyesight.

Here is the defense counsel.

“So, have you recently undergone an eye examination? Yes.

“When did you undergo the eye examination.” The old woman stated the right date.

“When did the alleged theft take place?” She said days prior.

“You mean by the time the alleged robbery, your eyes were not seeing well?” The prosecutor tried to raise an objection on the line of questioning but was overruled by the magistrate. The old woman answered I was seeing but had some pain in one of the eyes.

“How far could you see at night, with a paining eye and when you are scared?” I could see far enough to recognize him as the person who was breaking into the houses since he kept moving closer to the house I was in.

“You mean to say you saw him and he came closer to your house, and left it. Did he see you?” I don’t know.

“So, you mean to say, your eyesight is better than his. You saw him, but could not see you?” The prosecutor raised an objection, ‘the witness is not a doctor to answer that question’, objection overruled. Can you answer the question? I don’t know, she replied.

“Can you tell us how far can you see?”

This is when the old lady replied with a very brilliant answer. She said “At night when I witnessed that man break into the houses, there was a full moon. From the window where I was standing. I could see the moon clearly. Unfortunately for me I am not educated like you. Please measure the distance from the window and the moon and tell us how far I was able to see.”

The court in total awe.

The defense counsel had to rest his case.

The suspect was convicted and jailed. The star witness, the old lady who had witnessed the robbery, made it possible.

If you want to win a court case, make sure you do your homework. The prosecution must brief the witness to think outside the box. Knowing the facts, most of the time is not enough. Have ready analogies, stories, and examples that can make it easier for an independent magistrate or jury to understand difficult matters easily.

What does good parenting entail? 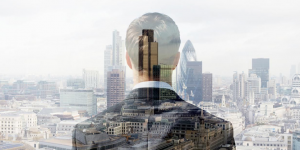 To win with leaders, clarify the expected outcomes