Yaka, the best innovation from UMEME

You cannot improve what you don’t measure. IF YOU ARE A RESIDENT of Kiwatule, you have already been switched on Yaka – the prepaid

You cannot improve what you don’t measure.

IF YOU ARE A RESIDENT of Kiwatule, you have already been switched on Yaka – the prepaid electricity from UMEME that gives you the flexibility to monitor your electricity consumption. On 12 August 2013, I found a Yaka meter installed at home. It was showing a countdown, with 25 units remaining. I was happy with the development. The Yaka meter had helped cut costs at the work place, as we were able to discontinue staff practices that used to make the bill big to over Ugx. 320,000 monthly. Being a small consulting firm, we often wondered what caused the high power bill. Once the Yaka was installed, it was easy for us to monitor our consumption. We discovered staff would make a cup of coffee anytime they felt like instead of boiling water at once, and keeping it in the flask. Such small changes helped us reduce the bill by a half.

Yaka meter at home, it is a great innovation.

The thing that has been puzzling me is the home electricity bill. Every time the bill came; it was indicated as an estimate. The more money my wife deposited to reduce it, the higher the next bill would be. You would think the people making the estimates hate seeing an account paid to zero balance. That is how bad the old metering system was. It was never accurate on the exact balance or monthly consumption.

As a security measure, we never allow strangers to access home while we are off to work. Whenever the UMEME team came by, no one would open the gate. Their only option was to estimate our power consumption. The estimated bill was often within range, so we were happy with the arrangement.

Unknown to us, our house help uses cooker instead of charcoal to prepare her lunch. After a period of about six months of paying based on the ‘estimated’ bill, the UMEME team finally made it to the power meter at home. That is when we got a bill of Ugx. 848,000 as outstanding! I reviewed our statement and could not believe my eyes. I used to underpay the monthly bill due to estimates. I was unable to notice high power usage by the house help in time.

UMEME’s Yaka is the best thing to happen at home. You are able to monitor your electricity consumption on a daily basis. Everyone at home now puts off the lights when they are not in the room. The TV is on only when it is being watched and we won’t use the Cooker, because gas is cheaper for us. And above all, criminals won’t impersonate the UMEME team to visit your own while you are away. Just after the Yaka, our 10 year old was able to turn away intruders who came introduc­ing themselves as UMEME staff.

“Daddy pays our electricity bill over the phone.” I don’t want to imagine what would have happened if they had been let in.

Hate it or like it, you cannot improve what you don’t meas­ure. The Yaka is the best initiative to happen. You don’t have to line up to pay your bill. Plus, you can now manage your family finances properly as there are no more estimates. I know that I use 110 units a month. All I do is load 150 units monthly. Plus, land lords no longer have to suffer with tenants that leave big bills behind. You use what you have paid for.

Going forward, UMEME should ensure that the customer’s card is fully activated before leaving it at home at the instal­lation. I experienced difficulties activating my card for the first time after the preloaded 30 units got used up. Aware that I needed to reload my Yaka, I went with my reload card to town. While at the UMEME office, they read off the meter number but could not activate it ‘as I had left some papers at home.’ I rushed back home and by the time I returned the of­fice was closed.

That weekend I did not have power as my account was inactive. I have since realized that the expensive ATM like card given by UMEME is actually useless, as the magnetic strip on it does not work at all nor does it swipe. How I wish UMEME could save that money spent in making it for promoting user awareness of the fantastic Yaka innovation. Other than those few glitches, well done UMEME!

First appeared in the print version of www.sbreview.net

Copyright Mustapha Mugisa 2013. All rights reserved. You are free to share with appropriate attribution.

What does good parenting entail? 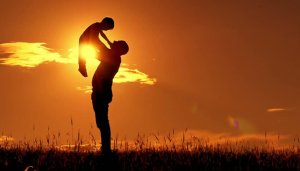 The cost of parenting 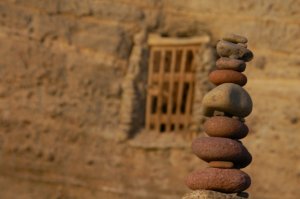 Tool 42 of 104 is to optimize your opportunities