You too can investigate, part 2

In part 1, we explored steps in conducting an investigation into any allegation. After securing the crime scene, you must take a witness statement

Once again, a suspect or witness statement is NOT an interview. So do not confuse the two. You are typically writing down an account of what happened from the witnesses. This is a critical investigation step.

You must have noticed that when you report a case to law enforcement or police criminal investigations department, the first thing they do is to ‘take your statement.’

It is against your statement that subsequent investigations will be done to prove or disapprove your assertions. If you’ve watched Sherlock Holmes series you’ve probably had a statement “You are under arrest. You have the right to remain silent or everything you say will be used against you in the courts of law.”

But that is for someone who has been arrested as a suspect and will most likely be produced before the courts of law to answer charges. Once the suspect is brought in police custody, the first step is to take his or her statement – an account of what happened and how s/he found themselves at the scene of crime or being considered as suspects.

Usually, in their statement, the suspect will state an account in a way that they are not part of the culprits. They will often state their excuses (alibi).  After their statement, it is advisable for the investigating officer to continue taking statements of other witnesses or suspects.

It is recommended to take witness or suspect statements in private. If the suspects are many, take a statement of each suspect or witness at a time.

Your investigation will all be about fact finding. Obtaining facts pertinent to the case that proves or disapproved the statements given.

Let’s go back to the example of theft at your neighbor’s office in part 1 of this series. If you found a break-in in the morning, below is a typical witness statement. My comments are in italics to help you understand the statement.

Statement of the Suspect, Another Name

You also want to ensure that you are having the right person. Their statement can help identify them clearly for you.

After the statement, you must have the suspect or the person whose statement has been taken, to sign on each and every page of the statement to acknowledge that it is their statement. it is also good for the suspect to state that ‘I am an adult of sound mind’ and I have given this statement willingly. As later, someone could claim having been forced to make the statement or that they are ‘mad.’

Many suspects when cornered tend to use the excuse of insanity for having committed the crimes. So you want to exclude all those possible ‘alibis’ early in your case so that you solve the case easily.

If you have read carefully, the suspect has not mentioned that his legs were tied. Not mentioning so means that the legs were indeed not tied. And this is emphasized by the statement on line 12 above. This is a critical piece of information which can help you solve the case. The question is: “why didn’t he move from the scene to a hiding place or to nearby police post?” He was more worried of making an alarm, which is less effective, that running for help, as that will be the first personal safety instinct for any one in trouble.

As explained, you need to first collect as much information as possible before interviewing this suspect. In your interview, your strategy should be such that “he or she did not run because she knew the culprits as they planned the theft together.”

When investigating theft (blue collar frauds), usually the suspects are not known. On the other hand, usually you know the identity of the white color fraudsters by the nature of their jobs, but you usually lack evidence to pin them down.   So, pinning the guard to acknowledge that s/he knows the identity of the people who broke into the office is as good as solving the case. Your subsequent fact finding is to obtain information that could link the security guard to the thieves. If you are good, you can get far.

Remember to take the statement of the neighbors and the cleaner mentioned in the report. If the suspect indicated that he is married, why not give a visit to the wife to see what she has to say about the husband’s movements the night and day prior.

What can solve your case is always there. You must look for it.

As you can see above, always number each line of the suspect statement. That is best practice as it helps referencing easier. Avoid numbering the paragraphs. It can be time consuming when looking for a critical piece of evidence in the suspect’s statement or even referring to it.

In part 3, we look at the role of Police in investigations including how to obtain court orders, search warrants and all that stuff.

I remain, Mustapha B. Mugisa, CFE. Your Success Partner. 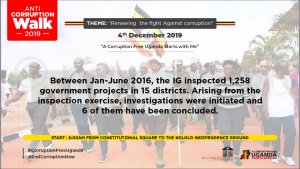 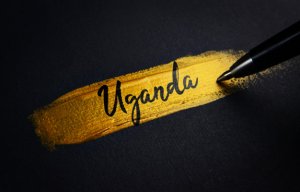 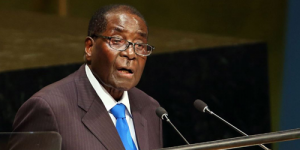