The Holy Orders A priest is a baptized man who by vocation receives the Sacrament of Holy Orders.  After ordination, one enters into ministerial priesthood which

A priest is a baptized man who by vocation receives the Sacrament of Holy Orders.  After ordination, one enters into ministerial priesthood which gives him sacred powers to serve the community since ministerial priesthood is received in order to serve the community. After Baptism all the people of God are called to participate in the common priesthood since it is a means by which Christ continues to build and lead His Church. The mission of the Catholic priest is to care for the faithful through the word and grace. The priest mediates between God and humanity by ceaselessly participating in the one priesthood of Jesus Christ through teaching, divine worship and leading the people of God.

Rite of Ordination transforms the Candidate into a priest in the order of Melchisedek. In this Sacrament, the mission that Christ entrusted to his Apostles continues to be exercised in the Church until the end of time. Ordination is thus a sacrament of apostolic ministry. Holy Orders includes three degrees; the orders of bishop, priest, and deacon.

To know what a priest is, we have to know what a sacrifice is. Nowadays the word sacrifice is used in many different ways, but in its strict sense sacrifice is the offering of a gift to God by people through someone set apart to represent them. The priest, therefore, is the consecrated mediator between God and people. The purpose of the priesthood is to give the group an opportunity to worship God in truth and righteousness.

Duties of a Priest

Through the priest the community acknowledges God as supreme, thanks to him for blessings received, atone for their sin and pleads for their benefits. The priest does all this in the name of Jesus who alone is the perfect sacrifice. The priest is the master and model of genuine prayer who alone has the exclusive permission to celebrate Holy Mass in which the Eucharist is made possible. The Holy Eucharist is the Body and Blood of Jesus Christ thus making the whole process the summit of the Christian life. There is no amount of human numbers that can replace a priest.

In the era of the Patriarchs, the father of the family acted as the priest and offered sacrifice to God for himself and his family. Adam, Noah and Abraham did the same. In the time of Moses, God directed that priesthood be entrusted to the family of Aaron of the tribe of Levi. The oldest son in each generation of Aaron’s descendants would be the high priest while other Levites acted as his assistants. When the word became flesh, the old system was elevated. During the Last, Supper Christ instituted the Eucharist which replaced sheep with bread and wine. This gift from now and always would be the gift worthy of God.

The Priest and the Holy Mass

In the Holy Mass, Jesus offers himself as he did on the Cross granting each of us the opportunity to unite with him. But it is the human priest who stands at the altar. It is this human agent’s hands and lips that Christ uses for offering himself. It is the priest that Christ grants power to make God visible through the appearances of Bread and Wine. The Ordained Catholic priest is invested with this precious but also demanding responsibility. During the ordination, the priest is consecrated with these words: “you are a priest forever according to the order of Melchizedek” Hebrews 5:6.

The Priest a Custodian of Sacraments and God’s Graces

In the name of Jesus the priest blesses and through him the Holy Spirit fills people with graces. Through the Sacrament of Holy Orders, the Holy Spirit imparts tremendous power to one who is ordained to call Jesus Christ upon the altar. Through the sacrifice of the holy mass, the priest exercises the supreme degree of his sacred office. In his life and ministry, the Priest is sustained by grace. A Priest cannot wish for more than this extraordinary privilege of acting in persona Christi. As he bends each morning over the bread and the wine, lending his lips to Christ as he speaks Christ’s words, “This is My Body….This is My Blood” Matthew 26:26-29 the Priest time and again feels all but crushed by the sense of his own unworthiness, by the consciousness of his human frailty.

The priest would be overwhelmed if it were not for the grace of the Sacrament of Holy Orders which God infallibly gives to those who humbly ask it. It is, of course, this power to offer the perfect sacrifice to God in the name of the people that distinguish a priest from any other Church minister. In other Churches, their minister does not have the power to offer a sacrifice which is precisely what makes a catholic priest a priest. Indeed, the ministers in other Churches do not even believe in such a power to offer sacrifice and the reason is simple: there is no one who can impart to them the power of the priesthood.

When a priest celebrates Holy Mass, it is Christ who is offers the sacrifice. When he absolves sins in the Sacrament of Reconciliation, it is Christ who forgives. When he partakes in the mission of the Church to teach and evangelize, it is Christ who speaks through him. When he offers love, comfort and support to God’s people, it is Christ present with him. St John Mary Vianney describes priesthood in the following terms; “the priest continues the work of redemption on earth and when we really understand who a priest on earth is; would not die of fright but of love. The priest is the love of the heart of Jesus”. To know the priest is to know Jesus Christ. 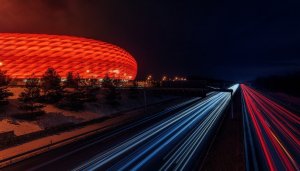 Agility. Are you agile and fast? 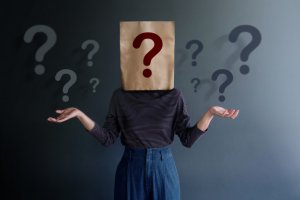 Your vision is limited by your exposure, networks, and knowledge