This case study explores the role of forensic accounting in fraud detection and the need for internal auditors to adopt a forensic investigation approach.

This case study explores the role of forensic accounting in fraud detection and the need for internal auditors to adopt a forensic investigation approach. Learn the importance of standing on your foot as an accountant by insisting that your superiors put all their requests or instructions for money in writing. The golden rule is simple — don’t give away cash unless it is receipted or signed for. NB: All names and dates are not real for client confidentiality.

When I was in prison, visiting, an inmate came right after my presentation and said: “Sir, I really appreciate your talk on inmate reformation. But how do you advise a person like me serving a jail time for a fraud I never committed?”

This person, I’ll call James, represents a success story from their family, and the village as a whole. Raised by a single mother, James worked his way to University. He graduated in 2003 with a Bachelors degree in accounting. After a year on the streets, luck finally came his way.  He got a finance job offer at a local non-governmental organisation (NGO) that provides free counselling and treatment services to people living with HIV/ AIDS. One of the principal funders of the NGO is a Church based in Kampala. Founded in 1995, the NGO has grown big. By 2010, it was supporting about 20,300 people throughout the country, most of whom were walk-ins. One of the unique aspects of this NGO is that it takes care of children whose parent(s) die while in their care. These were about 150 children then, of which 70% were in school at different levels in their education.

The NGO’s governance structure consists of eight Board of Trustees. This is the topmost decision-making level providing oversight role. Three of the board members represent each of the major funders, two are community elders and all these are non-executive directors. The rest are executive directors.

The ED reports directly to the Board and is responsible for day-to-day operations, as well as strategy issues particularly ensuring fundraising and going concern. Together with a team of four other directors (finance, HR & administration, fundraising and services), they form the executive committee team (EXCO) that runs the organisation. The NGO has an outsourced internal audit function, which reports directly to the Board and does quarterly reviews of the organisation’s activities. The NGO’s books are audited by an international audit firm. Reporting to the finance director, James was recruited to work in the finance directorate as a finance officer. Overall the NGO’s governance framework is in line with best practices.

Around 2005, the NGO’s performance in terms of number of people treated and orphans admitted for full-time care declined remarkably. The NGO’s revenues remained high, but service delivery kept on reducing thanks to heavy staff and general administration costs.

As a finance officer, James’ role involved processing payments i.e. he would make out the purchase order forms (POFs), present to the director for review approval, write out the cheques and have them signed by the ED. For petty cash, however, James would sign for it, and therefore account for it. Once petty cash is in the custody of James, the ED and the finance director, would draw money from him without signing for it. They “accepted” him to sign on their behalf and just give them cash. Being his seniors, James thought refusal could be construed as insubordination.

In 2006, the board chairperson was invited, in his personal capacity, to give a talk at one of the rotary clubs in Kampala. Unaware that the ED of the NGO had visited the same club five months ago, the speaker mentioned about the NGO and how Rotary could partner with them in promoting access to free treatment to patients’ countrywide. He illustrated his points with powerful images showing pre and post intervention. His talk was a power talk. On one side there were people on their deathbed in need of help. On the other, are smiling faces of the same people after having been taken care of by the NGO. After the talk, he received a standing ovation. The Rotarians were happy that the money they had given to the ED was for the right cause, and that it had been used property. The problem was, the board chairperson (speaker) did not have any clue about it despite the requirement to report all funds of any amount received from any source to the Board on a quarterly basis.

As it is the custom, the club president was impressed to note that their speaker was also the board chairperson of the NGO, which the rotary club had recently financed to a tune of Ugx. 10 million five months back. He pointed it to the speaker and thanked the team for the good governance and promised to strengthen the partnership.

These revelations made the chairperson to suspect the ED. He wanted to confront the ED for clarification, but could not anticipate her reactions. What if proper accountability exists and there is nothing wrong with the money. Won’t she lose morale on the basis that her integrity is under question? If she used it, isn’t she likely to have been doing it for a long period? Won’t she try to hide the evidence?

The board chairperson decided to confide in his vice to brainstorm on the next steps. Their consensus was to have the Internal Audit team conduct a prompt review of the revenues, expenses and the controls thereof of the organisation.

The internal audit team examining the finance expenses noticed unusually high petty cash float of Ugx. 15 million. During review of expenses, the auditors were perplexed to establish that the finance officer had signed for most of the petty cash requests. When they enquired about any donation from Rotary, they were shown documentation of money that had been receipted and properly accounted for. The ED explained that since the money was below the petty cash float, they decided to use it for petty cash, as this would facilitate ‘faster service delivery’ considering the nature of their interventions. Revenue from a particular rotary club was registered in the books as “Rotary donations.” Quoting the finance and accounting policies and procedures of the NGO, the auditors quoted the policy thus: “all revenues shall be banked intact.” The ED replied regretting for the oversight and promised to have the finance director rectify ‘the small accounting glitch’ forthwith.  Satisfied with the explanations, the internal auditors wrote their report. The key finding or observation was “weak controls over petty cash transactions, especially lack of segregation of duties by the finance officer.  He receives, keeps and signs for petty cash all by himself. The accumulated amounts signed for was totalling to about Ugx. 40 million over a period of six months. There was no evidence that money had been used to in the organisation.” The finance officer’s explanations that all money signed for were under instructions of the director finance and ED fell on deaf ears as he could not provide documented evidence for this. When the duo were contacted, they denied everything and accosted the young man accusing him of inefficiency and unprofessionalism.  James’ career had come to a sudden halt and all dreams crashed.

The journey to jail

According to James, before the Internal Auditor’s report reached the board, the finance director and the ED had approached police and had him indicted for misappropriation of cash.  The finance director reported the matters to central police station (CPS), which had an officer visit the office. He took statements, reviewed the internal auditor’s working papers, opened a police file and had the finance officer appear in court. Things happened so fast that within three weeks James found himself in jail.

James believes that that the ED and finance director wanted to regain confidence of the board that the right thing had been done. And it worked. When the Internal Auditors finished their report and presented it to the Board, the ED was the first to speak appreciating their professionalism and quality of work done. She said their observations particularly the issue of banking all revenues intact well very informed, and promised to implement it forthwith. She also reported of the actions that had already been taken on the finance officer who had been ‘drawing the organisation’s money’ without proper authorisation and accountability.

The board chairman and other members present appreciated the actions taken and re-emphasized the zero tolerance to fraud and corruption saying “management had taken the right steps and that the young man should be taught a lesson for cheating money intended for patients.”

The second tip off

Six months later, a board member of the NGO attended mass at Church where the ED was given a slot to greet the congregation. She spoke briefly about what the NGO does, and the Provost requested the congregation to mobilise some funds for her. A basket quickly moved around. In the end, six million had been raised. The Provost announced the money and officially handed it over to the ED. The board member expected the ED to declare the donation at the next meeting. She did not. Sensing some dishonestly, he asked the board chairman to undertake a thorough review of the expenses and donations again.

The audit team was retained to do the review. Just at the start of the assignment, the audit manager noticed that key recommendations in the previous audit pertaining to banking all revenues intact and reducing the petty cash float had not been implemented. The audit team leader immediately recommended having forensic accountants assist with the job. That is how our firm came in.

The forensic investigation was set to answer questions concerning what, who, when, why, and how. The board of directors wanted to know whether any fraud was taking place. If yes, by who. They also wanted us to tell them when the fraud occurred and the motive (why) of the fraudster as well as how the fraud had been committed.  As you might have expected, our first task was to ascertain whether fraud was taking place or had taken place.

To be continued in the next issue. 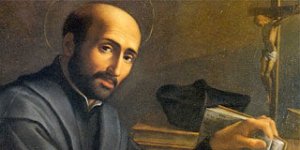 The Saint of the Day: St. Ignatius