Become our MP, an offer from village mates…

It is easy to learn the lessons and gain experience as an active actor and not a  passive bystander.  This is because talk is cheap.

It is easy to learn the lessons and gain experience as an active actor and not a  passive bystander.  This is because talk is cheap. You will hear many people make sweeping comments about politicians and how they add no value.

What is the right time to join politics? Why do some politicians tick while others fail? Is politics about money, ideology, or personality? Why do most people who are not politicians think that they are better than the current political leaders?

Disclaimer: this is my idle note, so, it is about questions and few answers.

Politics is a game that appears to have rules which are rarely really applied, and democracy is the outcome. Remember, democracy means control of a country, organization, or any group of people by ‘the majority of’ its members.

A great politician is one who manages the political game in such a way the results favour their desired positions and intended results. Just like footballers must score more goals than they concede in any game, great politicians must get the key outcomes from any contest that favours their positions all the time.

Just like no single footballer can win a game on their own – the same applies to politicians. No politician can win any political game without the critical numbers – the majority – to swing an outcome in their favor. And so, all the ploys and politicking are about attracting the critical majority enough to swing the results of any contest in question. If it is an MP election, you need just 51% of the eligible and registered voters to win. The 49%, in the political game outcome, does not matter. You may not agree, but that is how it is.

When it comes to political leadership, I realize, each one of us must take initiative to offer self for possible election to represent their region and contribute to national development. You feel it in your guts.

Instead of spending time and energy explaining to the masses that the government has allocated very little money to the health sector, tell them that what government does for the health sector, is like trying to remove water from lake Victoria with a teaspoon to reduce the water levels so that nearby beaches and homes do not flood.  You need a stock of such metaphors that are well crafted to relate to the issue at hand in a visual way to be easily understood by the electorate.

Remember, politics is a game of numbers. The side with the majority of the members, always takes the day, despite the level of articulation and reasoning by a member or members on the other side of the debate. When you know you don’t easily get annoyed by losing or being frustrated. You have a team of impeccable friends who are more ethical and professional than you are, then you are a politician material.

When you have been around great politicians for a long time and know their moves and what to do when, and they commend your work as a great mobilizer and orator, know you are almost ready. Now you need to calculate your chances to be the best in the political race of your interest.

Remember, don’t go into a war you cannot win. In politics, the winner takes all.

You become a loser. Just look at old democracies like the United States of America, where the party not in the driving seat, is reduced to being mere passive bystanders. The rules of democracy are clear. The majority must drive the car or bus. The passengers (including all losers and their followers) may contribute ideas of the right stage for the next stop or destination but cannot decide. If you are lucky, as a loser you may be allowed to make some noise. But it should not be too loud, lest that right is suspended indefinitely.

Even when you win, but on the wrong ticket, influencing political decisions is not easy, if at all possible. That is democracy for you.

I thought about politics when one of the local elders in the village called to interest me to vie for an elected office come 2021 or at the next election cycle. He said “you are well educated and can make a huge difference. We need people like you. Since your mother is a well-known NRM supporter, you could leverage her goodwill within the party and stand on the NRM ticket. Look at it. I am willing to do the legwork to make your election a success. When your name came up, my friends and I agreed that you would be the best candidate. With your brains and storytelling skills, you would be a sensation in parliament and help bring bursaries and a hospital to our village. Now with this coronavirus, we need you to come back home and stand” That is a great idea, I said in response.

“Yes, it is. We know you can do it and we will support you.” He added.

For some reason, I try to stay clear of politics. It is a game that requires shrewdness, aggressiveness, and where necessary ability to bulldoze one’s way to proceed. If you do not have some big government job or business that pays you handsomely and a huge farm that pays handsomely and can guarantee the daily net income of at least Ugx. 1m (the US $300) for the next 30 years, just chill and relax. You are not ready for politics.

I have been there.

My brother was involved in the national youth elective positions from 1999 to 2002. I hated the unfairness in the politics game. He would take time researching, reaching out to the different youth groups in the district to understand the unique challenges they face. Writing great papers and a “manifesto” with a clearly articulated agenda to transform and empower the youth to win.

When it came to the real vote casting, the story was different.

Without discouraging anyone, if you want to join politics, first make some money. Be well networked. And develop a team of able volunteers who can do the groundwork for you. An able volunteer is one who has means and the ability to articulate your manifesto to friends and all people within his or her circles of influence without asking for financial support from you – the candidate. And it this ability to assemble grassroots mass mobilizers by the NRM, the majority of whom are ‘able volunteers’, that make the party a class ahead.

Are you a politician? Have you ever lost a political contest? What are your lessons? How would you advise an aspiring politician? Where do they begin? 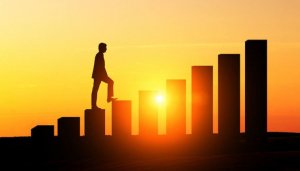 The frontiers of innovation: the meaning of sustainable growth 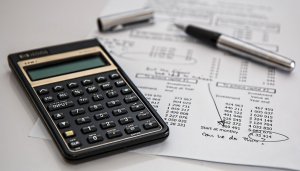 Here is how to excel in your accountancy job 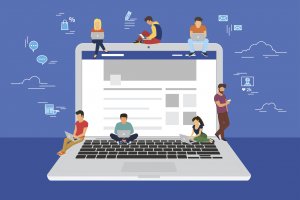