From WhatsApp: Is there a cow in your life that is keeping you miserable

Once upon a time, in a faraway land, there lived a Chinese wise man and his disciple. One day during their travels, they saw

Once upon a time, in a faraway land, there lived a Chinese wise man and his disciple. One day during their travels, they saw a hut in the distance. As they approached it, they realized that it was occupied, in spite of its extremely poor appearance.

In that desolate place where there were no crops and no trees, a man lived with his wife, three young children, and a thin, tired cow. Since they were hungry and thirsty, the wise man and his disciple stopped for a few hours and were well received.  At one point, the wise man asked:

“This is a very poor place, far away from anything. How do you survive?”

“You see that cow? That’s what keeps us going,” said the head of the family. “She gives us milk, some of it we drink and some we turn into cheese. When there is extra, we go into the city and exchange the milk and cheese for other types of food. That’s how we survive.”

The wise man thanked them for their hospitality and left. When he reached the first bend in the road, he said to his disciple:

“Go back, get the cow, take her to the cliff in front of us, and push her off.” The disciple could not believe what he was hearing.

“I cannot do that, master! How can you be so ungrateful? The cow is all they have. If I throw it off the cliff, they will have no way of surviving. Without the cow, they will all die!”

The wise man, an elderly Chinese man, took a deep breath and repeated the order: “Go ahead. Push the cow off the cliff.”

Though outraged at what he was being asked to do, the disciple had to obey his master. He returned to the hut and quietly led the animal to the edge of the cliff and pushed. The cow fell down the cliff and died.

As the years passed by, remorse for what he had done never left the disciple. One spring day, the guilt became too much to bear and he left the wise man and returned to that little shack. He wanted to find out what had happened to that family, to help them out, apologize, or somehow make amends. Upon rounding a turn in the road, he could not believe what his eyes were showing him. In place of the poor shack, there was a beautiful house with trees all around, a swimming pool, several cars in the garage, a satellite dish, and more. Three good-looking teenagers and their parents were celebrating their first million dollars.

The heart of the disciple froze. What could have happened to the family? Without a doubt, they must have been starving to death and forced to sell their land and leave. At that moment, the disciple thought they must all be begging on the street corners of some city. He approached the house and asked a man that was passing by, about the whereabouts of the family that had lived there several years before.

“You are looking at it,” said the man, pointing to the people gathered around the barbecue. Unable to believe what he was hearing, the disciple walked through the gate and took a few steps closer to the pool where he recognized the man from several years before, only now he was strong and confident, the woman was happy, and the children were now good-looking teenagers. He was dumbfounded, and went over to the man and asked:

“What happened? I was here with my teacher a few years ago and this was a miserable place. There was nothing. What did you do to improve your lives in such a short time?”

The man looked at the disciple, and replied with a smile:

“We had a cow that kept us alive. She was all we had. But one day she fell down the cliff and died. To survive, we had to start doing other things, develop skills we didn’t even know we had. And so, because we were forced to come up with new ways of doing things, we are now much better off than before.”

My question is, WHO OR WHAT IS THAT ‘COW’ IN YOUR LIFE THAT YOU NEED TO PUSH OFF THE CLIFF? Many a time, we have let our dependence on certain people, things or situation, create a comfort zone and limit us from achieving greater things. Personally, I am very ‘cautious’ in nature and it takes me a lot to let go and climb to another level. You may feel terrible at first, but in the end, it will all be worth it.

Is there a cow in your life that is keeping you miserable? If so, push that cow down the cliff and please do not be tempted to go after it!

Have I talked to someone? Have you learned something?

What’s that cow that’s holding you? Will you push that cow down the cliff?

Disclaimer: I received this article on my WhatsApp mobile as a forward. It is not written by me. And I don’t know the original author/s. The article will teach you a lesson and that is why I am sharing it. 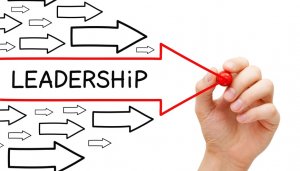 The art of leadership 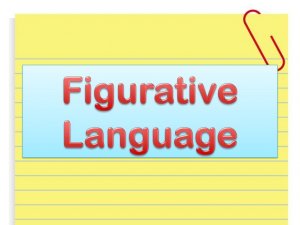 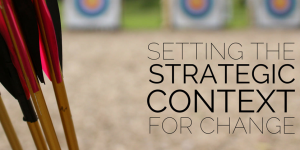