Your on-line activity: The Emperor Has No Clothes!

A story is told of an Emperor who allowed himself to be dressed in the finest suite of new clothes, which he had been

A story is told of an Emperor who allowed himself to be dressed in the finest suite of new clothes, which he had been told “had the special capability that it was invisible to anyone who was either stupid or not fit for his position.”  In his special suite, he held a procession through town, never admitting that he was too unfit and stupid to see what he was wearing. He was afraid that people would think that he was stupid.  The story goes on that “all the townspeople wildly praised the magnificent clothes of the emperor, afraid to admit that they could not see them, until a child said: “But he has nothing on”. And that “this was whispered from person to person until everyone in the crowd was shouting that the Emperor had nothing on. The Emperor heard it, and felt that they were correct, but held his head high and finished the procession”.

Many Internet users in Uganda are not any different from the proverbial Emperor. Whether you access Internet from your private device, mobile phone or other or office computer, you are exposed to cyber criminals. If your child access Internet via your phone or home computer, they could be in danger.

Child pornography is arguably one of the worst types of Internet crime in Uganda.

According to the 2012 Uganda Police Annual Crime and Road Safety Report, of the 60 cases reported and investigated, a total of UGX 1.5 billion (579,000 USD) was lost through attack vectors like social engineering and phishing to obtain victims’ identities which were then used to hack into victim emails and social network profiles. The problem is too big to ignore when it comes to the youth. Many schools now boast of state of art computer labs with Internet access. However, the lack of clear education about the dangers of Internet pornography and online safety continues to expose our children to the huge dark industry of on-line pornography. A person operating cybercrime ring say in Asia or Eastern Europe may befriend a Ugandan child found on-line using any social engineering and on-line search tools. Once a target is identified, trust is established, thereafter the child may be “poisoned” to the extent of posing while naked and even uploading personal videos in awkward situations.

Once submitted, such videos and photos are put up for sale in membership pornographic sites. In addition to privacy concerns, the victim may be found by friends or family on such sites which has a lifetime psychological torture and kills self-confidence. For some, it could be used to obtain a ransom, if one is known to be of a certain social standing. Many of the victims prefer to remain silent than report such cases. Even if they reported, the logistics involved in investigating such crimes are enormous. The exact location of the suspects is not clear. Different countries have different cyber laws, leave alone extradition of such criminals is near to impossible, if not impossible even with international support.

Most victims in Uganda prefer to suffer silently. This could be partly attributed to the fact that there have been limited successes with cases that have been reported or law enforcement does not offer case summaries and successes made on cases handled. There is no one who is safe as long as their systems can be accessed via a network, specifically the Internet. Indeed, the Emperor is naked! 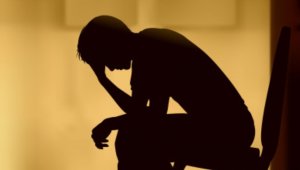 The attack is the best form of defence 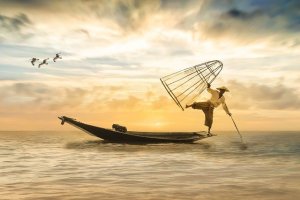