Loan fraud in a bank, part 2: here is how internal staff loan fraud was uncovered

Continued from part 1. Just to recap part 1, loan officers in a bank created fictitious loan applications, got the loans and withdrew the

Just to recap part 1, loan officers in a bank created fictitious loan applications, got the loans and withdrew the money. This kind of scheme involving “stealing in small amounts, over a long period of time” is usually difficult to discover. Before we get to how we uncovered it, here is more background

This fictitious loan fraud was so good that it would have continued, had it not been for a disgruntled whistleblower, who had been part of the scheme but later left the company. Of the 12 people in the credit department, four knew about the scheme, including the assistant overall manager.

When you apply for a loan in a bank, a credit officer will evaluate your credit worthiness.

Many, if not all, banks have a template against which your business/ profile is scored to assess your overall risk so as to determine the size of the loan and the applicable interest rate based on the assessed risk of your capacity to repay.

In this bank, a bonus was being paid out to those loan officers/ marketing people who brought in more business (based on the amount of loans disbursed). This encouraged the loan officers to create more fictitious claims.

After months of analyzing records covering five years, we noticed an interesting pattern. For every 6 or 12 new ‘genuine’ loans any of these four officers brought it, the 7th or 13th would be fictitious. At least a fictitious scheme would be after six or eight successfully disbursed loans.

This worked like magic. It also happened to have been within the bank’s accepted default target – a default of 5% of the value of the loans written.

So, your typical auditing methodology of sampling and materiality could not pick up such a fraud, despite the frequency Internal Audit reviewed the loan files.

How it got exposed

After three years of working, the architect of the scheme, loan officer 1, resigned his position and moved on. I am sure, he had made good money, as some staff were questioning why of all people, that loan officer never had a staff loan. Shortly after his exit, another of his colleague inducted a new officer into the scheme. After the induction, loan officer 2, also left. However, he had an agreement with three of the remaining colleagues to keep giving him his cut.

They gave him the cut for about three months, and became greedy. They suddenly stopped paying his cut of 20%, on the basis that they had stopped the scheme. They warned him to stop bothering them else they will report it.

He decided to blow the whistle to the internal audit team.

Officer 2, called the manager internal audit and told him about the scheme, saying that “he noticed some unusual behavior among his colleagues, and that is why he resigned. He told them to look carefully at the signatories of certain bank accounts.”

Of course the fraudsters were smart. In the past, they enlisted the help of their friends and family. However, once the main architect of the scheme left, the guys took it a notch higher by using down town street vendors. Once the loan is disbursed, they would wait for them outside the branch, share the money and close the deal.  For the next loan, they would use new people.

In part 3, read about how we conducted the investigation. 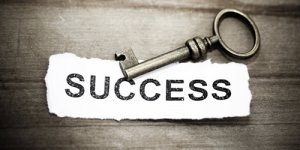 Crossing the Ethical boundary Part 2: Insights from a fraud investigator 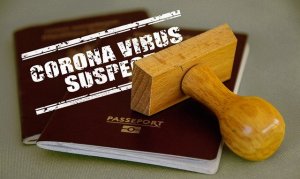 #Covid19 reality check: One Noble Truth Is That Suffering Exists 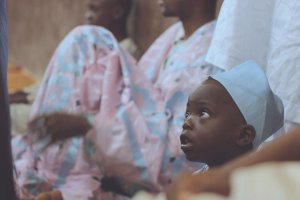 Musings: a daughter in law letter to the mother in law!