Nepotism is Dangerous to any society

What is nepotism? Nepotism is biased favouritism to relatives and friends for the sake of edging off others unfairly. This happens when offering positions and opportunities of preference including

Nepotism is biased favouritism to relatives and friends for the sake of edging off others unfairly. This happens when offering positions and opportunities of preference including appointment to positions, jobs, business, religion and politics. Nepotism is favouritism granted to relatives regardless of merit. The word nepotism is from the Latin word ‘nepos’ which means nephew.

Nepotism has been condemned and criticized as unwise and evil. If a person is chosen for a job just because is loved or liked him, he/she will lead everyone to endless futilities. Nepotism is a common accusation in politics when the relative of a powerful figure ascends to power without appropriate qualifications. It equally happens in organizations when a person is employed due to their familial ties. This is unethical both on the part of the employer and employee.

While nepotism is accepted in some circles, it poses endless dangers which include damaging work morale, underperformance and receiving undue special treatment and the expense of a planned goal. When nepotism engulfs, the public’s trust gets devoid as corruption creeps in. To ensure fair and merit-based opportunities, conscience prohibits anyone from using their position to appoint, employ, promote, advance, or advocate for their relatives.

Nepotism is bad for the economy

In countries where nepotism is obvious, it is impossible to tackle corrupt as it becomes a business between family members, friends and individuals. Experience shows that nepotism promotes biases in decision-making, unfair treatment and losses to the company’s performances and long term self- destruction. Nepotism makes the staff demotivated, lacking in confidence and alienated hinders competition and innovation.

Nepotism breeds abuse of power by supporting a specific group’s interest-based on personal greed while corruption abuses of power for private gain. Nepotism is so devastating that even when these leaders are no longer in power, their political and economic influence remains unabated. Nepotism will survive in every level of bureaucracy for the generation to come.

Worse than corruption, nepotism caresses bribery, embezzlement, abuse of authority, promotes money laundering, sustains hopeless political dynasties, collusion and politic cronyism. Nepotism has worse consequences than corruption. Those who promote it urge that it is in human nature for people to choose their own family or friend as their trusted officer/staff since they know them better than anyone. Besides, they do not have to worry that the person will betray them. It is their responsibility to ensure that their relatives have a stable job with a good salary. Even when they do not have sufficient skills.

Nepotism closes opportunities for others who are willing to work well and compete fairly. Nepotism makes the young generation believe that there is no point in studying and working hard if merit counts for so little. The unfair career treatment as a result of nepotism triggers a component of society to become lazy. Nepotism suffocates competition and stymies people’s motivation, making innovation impossible to achieve.

Nepotism is not only found in workplaces and government but also in social animals like wasps, bees, ants, termites and monkeys. Nepotism significantly affects the behaviour of social organisms. A queen bee, for example, selects individual workers to stay inside or outside the queen’s cell based on her preferential selection. For humans, nepotism operates in any social classes influencing how people determine other socioeconomic rankings based on their preference on skin colours, looks and style. Incidentally, nepotism starts early. It begins with parents’ favouritism towards their children to the extent of embedding it in their subconscious mind with the potential to influence their future behaviour.

Nepotistic cases also happen in government bureaucracy where some people are selected based on personal validation instead of quality and qualification. As long as the selected individual fulfils this qualification, they consider it fine arguing that birds of the same feathers fly together.

In developed countries, nepotism stays undercover until a person goes to higher education. During university enrolment, students from a powerful family will get bigger chances to be supervised by influential professors. Later there will be no easy way to end nepotism because it ends up priding itself. The public needs to understand the consequences of nepotism. A country founded on nepotism is like a house built with paper. When the storm comes, it all crumbles without leaving a trace. To correct this; the Government, Churches, Mosques and Institutions of Learning need enact anti-nepotism law to prevent its practice on every level of known bureaucracy.

Don’t let nepotism interfere with your country’s operations to the point of creating a demoralizing environment to citizens. Whatever approach you take, it’s best to consult with the most learned and patriotic to develop appropriate anti-nepotism and anti-fraternization policies. Given the multitude of problems that nepotism can create, it’s wise to steer clear of any type of favouritism

Citizens who are innovative, productive and those who possess visionary leadership need to detect and reject nepotism. The practice of favouring and promoting relatives or paramours, more commonly known as nepotism is silence cancer that should never be tolerated anywhere. The dangers of nepotism shouldn’t be overlooked. If it does not destroy its author it will demolish the so-called fragile success. Employees may have less incentive to perform their responsibilities diligently and proficiently if they feel that the path to promotion is undermined by nepotism. Indeed, any nation employing such tactics may find its more valuable citizens seeking green pastures where their talent is better recognized thus affecting long term prosperity. 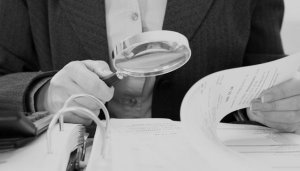 You too can investigate, part 1 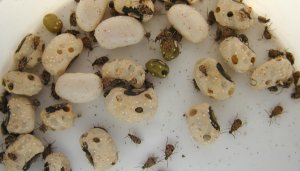 Who is the bean weevil in your business?