Reliable leadership is all we need

At a certain point in our life, we all have been or can become leaders. In fact, what is not known to many people

At a certain point in our life, we all have been or can become leaders. In fact, what is not known to many people is that human beings and indeed most mammals are born with hidden leadership qualities. Leadership is an art of motivating a group of people so that they act toward achieving a common goal. When placed in a business setting, leadership means guiding fellow members, workers and colleagues with a set strategy set to meet the organization/company’s needs most especially making a profit and keeping the legacy of the organization. On the other hand, any governance to qualify and be tugged leadership, it means that ideas have been well communicated and are meeting desired expectations.

While there are people who seem to be naturally endowed with more leadership abilities than others, anyone can learn to become a leader by improving particular skills. History is full of people who, while having no previous leadership experience, have stepped to the fore in crisis situations and persuaded others to follow their suggested course of action with admirable success. Such people have traits and qualities that assist them to step into roles of leadership.

Incidentally, there are some people in the group who possess a combination of personality and leadership skills to the extent of making others want to follow their direction. This is what we all need to strive to achieve. We can be leaders in our jobs, in our communities, and in our families. The mistaken view is the thought that being a leader means having the power to control others. Those who take this view eventually find that the more they try to control people, the less influence they gain. A leader teaches, persuades and is an example.

For others, leadership means being in a position of authority. These forget that a person can be a leader even if he/she is on the bottom of the totem pole. A person who is a natural leader sees that something needs to be done and takes charge most especially when the principal person is not in view. A natural leader will always seek to occupy any unoccupied space assuming responsibility until further notice. True leadership is not about who is superior, what position, title or prestige, it is about service; it is about meeting the expectations by exposing the potential desired. Leadership is not about power, but about facilitating the greatness of many. Unfortunately, a good number of people today are sloughing off leadership responsibilities either because of laziness or apathy. They would rather live a life of ignoble ease and have others shoulder the responsibility for them other than being reprimanded for doing things not assigned to them. But the world needs the leadership of virtuous people and committed people more than ever. In as far as leadership is concerned, job description acts as a guide and not a full stop. When you are called to serve as a leader, will you be ready to take on the challenge? Let me stipulate some points to assist you to make an effective leader.

An effective leader has the resolve to see every task through to the end. Resolve is easy to have in the quiet before the storm comes. Resolve is a breeze when one’s commitment is not yet tested. It is when fear, chaos and stress of a crisis hits that true resolve is revealed. In any situation, there will be an opportunity to retreat, escape or surrender instead of risking it all for a probable reward. It is during indecisiveness that an effective leader proves talent by not doubting what choice to make. By overcoming the terrible grip of indecisiveness, an effective leader remains levelheaded when faced with a challenge. For a natural leader raised voice is never an option to cover up failures. Even when challenges are eminent, a true leader retains confidence. While the world around goes to relax, this person keeps in mind what kind of mission needs to be acted upon and goes ahead calmly to fulfil it. An objective leader is an anchor in the storm. One does not lead because things are easy but because he/she seeks to make things easy. A leader is dressed in solutions, not problems. A leader is a visionary who doesn’t wait for a crisis to emerge to make a decision. A leader is always on the lookout armed with an alternative solution in case the one at hand fails to suffice.

An effective leader is willing to take reasonable risks. If nothing is ventured into, then nothing will be gained. Great achievements come to those who are willing to take risks. A leader who timidly plays it safe will never put themselves or the people they lead in a position of celebration success. A life without risks is attractive; yet this kind of safety and comfort has lulled many into the trap of mediocrity and indifference. Only weak leaders standstill at the crossroads of decision, waiting for what may come because they are paralyzed by the fear of defeat. Such a person is blinded to the fact that even failure brings its own rewards. Without failure one never comes to know the real self, limits, potential, and what is truly capable of. A person who never dares greatly fails miserably. The Bible exposes weak leaders in the Parable of talents “But the servant who had received one talent went off, dug a hole in the ground, and hid his master’s money. After a long time, the master of those servants returned to settle accounts with them…. He who had received the one talent came forward, saying, ‘Master, I knew you to be a hard man, reaping where you did not sow, and gathering where you scattered no seed, so I was afraid, and I went and hid your talent in the ground. Here, you have what is yours” Matthew 25:18-25. The way out in becoming an objective leader is by believing that risks are not abnormal. You cannot expect to have the courage to face a large risk when you have had no experience taking small ones. A leader practices by taking little risks at a time. As you venture this way, you develop the capacity to overcome fear and gain the wisdom to know if a risk is worth taking or not.

An effective leader celebrates rewards with subordinates. Any leader even the most mighty; humbly acknowledges that no success is attained wholly by solo effort. A leader is openly grateful to all, even those with small roles who played a part in the achievement. A leader understands that by nature, human beings love to be recognized for their contributions. When a person/team sees that a leader is humble enough to recognize those he/she is leading they get motivated to achieve what looked impossible.

An effective leader is ready to take the blame when things go wrong. It is when things go wrong that true leaders are separated from the pretenders. The mediocre leader will gladly accept tribute when the team succeeds but will find another individual to take the fall when things get tough. When followers realize this, they lose confidence in that leader. Objective leaders will take responsibility for all consequences under their jurisdiction, even the bad ones. Even when the results were the fault of a subordinate, a true leader still assumes the blame. Failure can arise from poor communication or failure to match the right person with the right job. After taking responsibility, an effective leader will take appropriate action to correct the situation. An effective leader never plays the martyr for the sake of seeking cheap glory for taking the fall. All this is for the sake of improving the situation.

An effective leader has the nerves to survive the storm and to face each new day while sober. All of history’s great leaders had moments of ultimate success and moments of a devastating defeat. Great leaders focus on the things they can influence and change, and the past is not one of those things. The method is ‘if you fail, learn from it and then immediately cease to dwell on it’. Rehashing the past will derail you. Reminding people of their mistakes continuously can retard growth and elude confidence. When you can; celebrate any little success with your followers, and move on. Dwelling too much on past proves that one has not set eye on greater things yet to come. Greek philosophers maintain that a leader’s hubris/exaggerated pride can quickly become their downfall. Always stay humble and hungry so that you can strive for what is better. In your striving to become an effective leader, study the life and history of Jesus Christ from the gospels and you will learn that even the best leaders faced enormous challenges but in the end, they succeed. 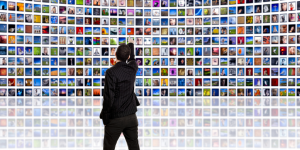 The future of PayTV

Best of WhatsApp: Head of the Infectious Disease Clinic, University of Maryland, USA