Once armed attackers surprised a family on their way home where a bullet hit a young boy as he slept in the back seat.

Once armed attackers surprised a family on their way home where a bullet hit a young boy as he slept in the back seat. A short time later he was pronounced dead at a nearby hospital. People were shocked and annoyed. But public outrage was soon replaced by wonder and admiration. The boy’s family arranged that all of their son’s vital organs be harvested and donated freely. As a result lives of eight terminal patients were healed as young vital organs replaced defective ones. This story reminds us of another death of a son whose dying brought life to many. The death of Jesus has changed and is still changing the lives of many.

In the short span of his 42 years Soren Kierkegaard 1813-1855, the Danish philosopher and theologian wrote and published major works among them one entitled Either-Or that earned him the title ‘father of modern existentialism’. He described life as a choice between aesthetic attitude in which a person drifts from one pleasure to another and ethical attitude in which freedom is gained by self-imposed acceptance of law and duty. Whereas the aesthete refuses to commit to anything permanent, the ethical person accepts limitations and becomes a real person. As an example of an ethical person, Kierkegaard cited Abraham. The moment he complied to God’s will surrendering himself and his love for Isaac to God, Abraham became free, real and religious.

The moving narrative of Abraham and Isaac is an Old Testament prefigurement of God’s willingness to offer Jesus as a sacrifice for human sin. Genesis narrates that Isaac was Abraham’s only and loved son. To give him up to God was equivalent to relinquishing God’s promise yet Abraham’s faith was so intense as to surpass human rationality. His trust in God was greater than his own desire for perpetuity. For centuries, Abraham’s authentic faith has been celebrated by believers in One God. In the miraculous sparing of Isaac, Israel learnt that theirs was a God who was not appeased by human sacrifice but by a contrite spirit and a humbled heart cf. Psalm 51:19. When prophet Micah was approached for his opinion on this issue, he responded, “With what gift shall I come before the Lord? . . Shall I come with holocausts, with calves a year old? . . with thousands of rams? . . Shall I give my firstborn for my crime, the fruit of my body for the sin of my soul?” Micah 6:6-7. Micah’s response to this shocking spate of questions sounds like a verbal profile of Abraham. “This is what is required of you: only to do right, to love goodness and to walk humbly with your God” Micah 6:8. Because Abraham obeyed and walked humbly with God, adherents of Islam, Judaism and Christianity call him their father in faith.

Paul reminds us that God’s love has no limits since he has given the greatest gift of all to the world in handing over Jesus. Can anyone doubt that God would not give every other lesser gift as well? When we compare the gift God gives humanity in Jesus all others pale into irrelevance. Paul encourages us to look at the big picture; gain perspective and be at peace. Love makes the human heart race with excitement because God is not only with us but is also for us cf. Romans 8:31. Given this assurance, no obstacle can deter God’s chosen ones because “the love of God has been poured out into our hearts” Romans 5:5. Like Abraham’s willingness to offer Isaac “God did not spare his own son” Genesis 22:32. Since God has given us an ultimate gift in Jesus “handing him over for our sake” Romans 8:32 there in nothing that he can deny us.

Paul’s hymn on God’s love and the symbolic questions which accompany it are better understood in the context of an imaginary law court. The fearless defendant is the Christian justified by Christ’s death and resurrection. Paul plays devil’s advocate asking questions that have already been answered in the salvific Christ-event. God is the judge who has not only acquitted humankind of sin but continues to love all people with a love that forgives. No one can bring a charge or condemn those who have Christ Jesus as their paraclete/advocate/defence attorney. As the risen Jesus intercedes for sinners, the Spirit helps, guides, teaches, counsels and empowers us so to succeed. When daily struggles cause us to lose focus, love helps us to regain perspective; indeed if God is for us who can be against us?

Today Mark presents the scene of transfiguration featuring a voice speaking from an overshadowing cloud.  The voice identifies Jesus as God’s beloved son and further requests those present to listen to him. As the gospel is proclaimed today, the voice is directed not only at Peter, James and John but at each one of us. The voice instructs you and me yet again to listen to the words and works of Jesus and to find therein the message of life and salvation. Shortly before he was gunned down by an assassin, Martin Luther King (1929-1968) told the crowds in front of him that: ‘we have got some difficult days ahead. But it does not matter with me now, because I have been to the mountaintop and I don’t mind. Like anybody, I would like to live a long life. Longevity has its place. But I am not concerned about that now. I just want to do God’s will. And he has allowed me to go up to the mountain. …..I am happy tonight. I am not worried about anything. I am not fearing any man. My eyes have seen the glory of the coming of the Lord’. It was his vision of a better future and his conviction that equal freedom would one day be enjoyed by all Americans that enabled Martin Luther King to have hope when death-threats against him seemed to imperil not only his life but the entire civil rights movement.

The transformation of Jesus assisted to establish his true identity as the beloved Son of God to whom all should listen. The same experience indicated that Jesus’ messianic mandate would be fully realized only at his death. The special revelatory character of this event is an affirmation that Jesus is true God. Each one of us is asked to climb the mountain of our life so that we can experience transfiguration. High mountains were traditional sites for theophanies and clouds which overshadowed were signs of the divine presence. The dazzling white garments pointed to the eschatological quality of the scene; as did the presence of Elijah and Moses. Elijah was believed to be the precursor of the Messiah; his presence during the experience of the transfiguration was tantamount to an announcement that the messianic era had dawned. An additional clue to the salvific significance of the transfiguration can be found in Peter’s enthusiastic offer to build three tents since it is fabulous to be in the presence of the Lord.

Like Abraham was willing to offer Isaac we need to be willing to offer to God everything. God’s love will make us victorious because if he is for us, who can be against us. We need not shy away from climbing the mountain of our lives so that with Jesus we can be transfigured. True transformation will only be gained at the price of self-renunciation and listening to the voice that comes from above. No matter what we go through, we have to commit our selves to remain with the Lord because it is good to be with him.

The two governance insights you need to know as board members 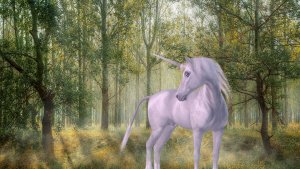 What is a Unicorn? 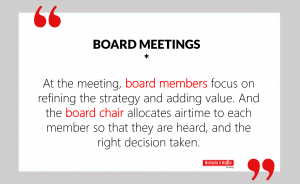 Why do board meetings fail, part 3