Some people are crazy, get out of their way!

They say there is no limit to human stupidity, and they are straight on point. Today I learned about the story of Nicolae Minovici,

They say there is no limit to human stupidity, and they are straight on point.

Today I learned about the story of Nicolae Minovici, a man who was born in Romania in the last quarter of 1868 and died at the age of 73 in June 1941 from an illness affecting his vocal cords. To know more about this brave, criminologist, visit https://en.wikipedia.org/wiki/Nicolae_Minovici

Yes, that is true.  He wanted to feel the changes in the body, as it went through hanging. The best experiment was himself.

According to his profile, Minovici performed twelve hanging experiments involving himself as the subject. To quote Wikipedia,

“Minovoci used a dynamometer attached to a knot which he then tied around his neck and experimented with various positions of the knot around his neck, observing associated phenomena such as vision disturbances, change of skin colouring and ringing in his ears as well as the speed of the onset of these symptoms. He also attempted between six and seven hangings with the assistance of his aides and only experienced pain on the occasion when his feet lost contact with the ground. One of his assistants pulled the rope while loudly counting the time allotted for the experiment.

In the initial experiments the knot was not constricting, and his feet were raised two metres above the ground. In this configuration, after a progressive series of experiments each lasting longer than its predecessor, he was able to remain hanging for a maximum of twenty–five seconds. In his final experiment using a regular, constricting, hangman’s knot he was able to stand only for four seconds before he gave the signal to his aides to stop the experiment. During that experiment, his feet had remained in contact with the ground. Nevertheless, he experienced pain, while swallowing, for a month following that experiment.

He also performed choking experiments on volunteers by applying pressure on their carotid arteries and jugular veins for up to five seconds, until the faces of his subjects became red. During their post-experiment accounts, the volunteers recounted experiences such as vision problems, heat sensation in the head, as well as paraesthesia such as a tingling and numbing sensation in multiple places of their bodies.”

If you wish to die by hanging, first get a copy of Minovici’s works and read them.

I find the experiments some of the craziest things someone can do to themselves. This is one such a man you don’t wish to confront if he asks you to get out of his way. He has a will of a lion and could easily break your bones.

What if the hangman’s knot failed to release? What happens? What a way to die consciously!

Wish you a happy reading. 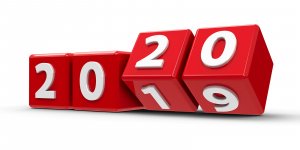 Tool 71 of 104 is to attain intellectual firepower

The delicate balance of the relationship between the Board and CEO 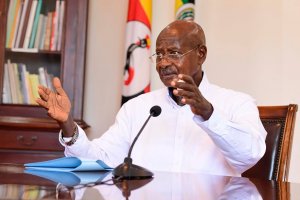