The Power of Perseverance

When the going gets tough …. In the world of the business, the road to success is littered with so many business wreckages of

When the going gets tough ….

In the world of the business, the road to success is littered with so many business wreckages of ideas that never made it. They say that out of every 5,000 businesses started, only 4% will make it to beyond the 10th year. Out of the surviving 200, only 0.01% will grow into large corporate brands. With all the information about financial management, technology and markets out there, why do businesses fail at such a tremendous rate?

In this second edition of our power series, we examine the power of perseverance or resilience. Many businesses fail to achieve their potential because their owners/founders have very good ideas but lack staying power. In the famous BBC series ‘the Lion’s Den’, several budding entrepreneurs are given a chance to present their business cases to a panel of multi-millionaire funders who if they believe the ideas will work, may decide to invest in those ideas. Most of the potential entrepreneurs fail on the issue of not having a backup position, not having a fail-proof plan for seeing their business through the proverbial ‘valley of death’. A plan on how to support the business idea, when cash flows are at their lowest and capital investment most critical, is a must. To survive these critical periods on the road to success, any tried and tested entrepreneur will tell you of the necessity of resilience. The need to stay the course, to weather the storm, and ride out the night.

Read: The Power of Knowledge [5 minutes]

Most investors will jump ship, failing to recognize the importance of staying power. The story of James Dyson, the inventor of the ‘bagless’ vacuum-cleaning machine is most instructive. His several brushes with bankruptcy notwithstanding, he was sure that his invention was the future of vacuum cleaning. All the big boys refused to listen to him until he patented his invention and had the cleaner manufactured in Japan. Rather than give up the $500m market in vacuum cleaning accessories, the big manufacturers were more inclined to ignore James Dyson. He wasn’t having any of that and his ‘staying power’ proved him right.  For his efforts, his net worth is today over $1.7 billion according to Forbes. Dyson says he used to be a fairly good runner while in school and if this taught him one thing, it was determination. His wife supported him on her teachers’ salary while he worked on his vacuum cleaner prototype. The point is he had self-belief, and as a result of that self-belief, he stayed the course, persisting in achieving what he believed.

Closer home, there have been several stories of successful entrepreneurs, who against all odds have managed to build multi-billion shilling companies and own several valuable pieces of real estate in the middle of the town. Unfortunately, because of our poor writing culture, most of these noble stories of thrift and fortitude remain unwritten. Two names of living entrepreneurs come to mind immediately. Ntake of the Ntake Bread Fame and Mama Cheers, of the soft drink fame. Mr. Ntake started plying his trade in a brick and wattle kiln on the outskirts of Kampala in the mid-1980s. Today his bread is a household name. And he still makes bread in a state of the art kiln in the same vicinity of his humble beginnings. Unfortunately, his success has remained largely unacknowledged, nor recorded to afford future adventurers a glimpse into what it takes to stay the course.

The story of Julian N. B. Omalla (commonly known as Mama Cheers or Adyeeri) is no different. She has built up a sizeable soft drinks business, having started small from the confines of her makeshift kitchen. Mama Cheers is the founder and Managing Director of Delight Uganda Ltd, which manufactures Cheers juice. She is also well-diversified and owns Kidera Demonstration Poultry farm as well as Cheers Foods and Beverages Sudan Ltd. Hers is a story of success through persistence and hard work. She says, “business is like a wheelbarrow that cannot move unless someone pushes it. One must spare time for their business if they want to prosper. They should also avoid jumping from one business to another. Just because someone has called you with a good idea, does not mean that you abandon ship and go for it. That way, you waste the experience in your first business and start all over again. People must understand that succeeding in business is about putting in all you have, consistently and continuously until you train others to do that for you.”

Read: The Power of Networks [5 minutes]

Resilience is about being patient and understanding that business is a marathon, not a sprint. Most business people, at startup time, cannot handle complicated issues and the attendant logistical conundrum. So nature has deemed it fit that we all start small and learn from our experience. The experience itself is an expensive thing because imagine starting a $10million business and blowing it away in a few years. So it makes sense to learn the business ropes as we get along and build up a memory of dos and don’ts. As the business grows you have a stock of lessons under the belt and are better placed to deal with all the challenges that come your way.

In the 1970’s and 1980’s African empowerment drive, there was a fallacious assumption that if African businessmen were given loans they could help create a big push for black empowerment. How wrong! Most of these peasant bread businesspeople embarked on practicing what they knew best. Marrying a second, third and fourth wife and joining the ‘wabenzi’ class.  They were thrown in at the deep end. From Amin’s ‘mafutamingis’ to the Uganda Development Bank’s loan beneficiaries, what all these native businessmen lacked was staying power. They had no experience because they couldn’t buy it, and were like fish out of water. There is hardly any standing today, and one would be hard-pressed to find any success story amongst the entrepreneurs of yore.

But times have changed. There are several stories of success, and the one thing that characterizes all these success stories is the grit, with which these entrepreneurs bite their bit, the fortitude and resilience with which they stay the course, the single-mindedness with which they pursue their dreams. So are you ready to begin your journey? 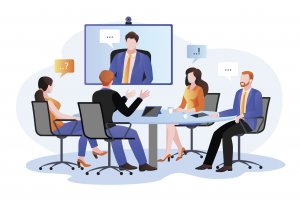 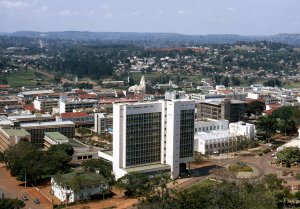