As a forensic and cybersecurity researcher, I spend some of my free time on television watching documentaries like CSI Miami, Blood Relatives, Evil Killers,

As a forensic and cybersecurity researcher, I spend some of my free time on television watching documentaries like CSI Miami, Blood Relatives, Evil Killers, Murder Comes Home, Diabolical Deadly Love, and 48 Hours to mention but seven. These shows are not only interesting but teach a lot about the psychology of the killers and criminals – why do people commit crimes. Why do people live double lives? Why do seemingly good people during the day, turn into monsters at night or at their homes when they know no one is watching?

Each of the show starts with the context of the subjects of the crime. The family background, how they grew up, the schools they went to, their performance in class, the kind of friends they had and how they spent their past times. If the investigators are thorough, they will show you the home environment the person grew up in, including their siblings and the parenting style they were subjected to. Some children of drug addicts or drunkards tend to display such mannerisms later in their lives.

Many criminals are made at home or in the communities they were brought in. Either it is the abuse by the parents or the people close to them during their early years. Once I saw a documentary, where the woman and man of the home were always too busy and had no time for their children. Inevitably, the children found solace with the house help, who gave them a listening ear. The result was abusing the children with early unprotected sex, drugs and spending too much time on television. When it came to homework, instead of teaching them, the maid preferred to do it for them as they relaxed in the room. Apparently, this was to create more time for fun with the infants. Some of these documentaries are air raising.

When the children are exposed to so much unfairness during their formative years, they are likely to subconsciously mete the same to other children or people in their care or company later in life when they get the means to do so. They are likely to become abusive mothers or husbands or friends. Unless of course if such people get help. However, in many developing countries, psychosocial and care treatments are rare and are viewed as luxuries for the rich.

Many sick people never get help or treatment.

It becomes catastrophic when such people are given promotions of senior roles in public service or leadership.

The fact is that many people you meet on a daily basis have some form of madness. It is the degree that matters. Once in a while, a leader will fume or demonstrate intense feelings of outbursts or make irresponsible comments or reproaches. However, later with some afterthought, they will calm down. You have seen people who tend to bang on their tables during intense discussions or are unable to hold themselves back when they feel have been personally attacked. That is a subtle sign of increasing levels of madness which are still within the safe zones.

The fact is the brain matures. Children who are exposed to so much pain, tend to store the pain and wait for their opportunity to mete it out. For that reason, executives who make it in life having suffered early in their life, tend to be hard on others – always overworking people and underpaying them, while preaching the message of fair play, hard work and persistence. They know the times have changed, skill sets changed, level of information available and early exposure to science and technology changed but will continue to look back in time how they were doing at that age and try to offer benefits like that.

For that reason, some people are so selfish that they won’t empower others to progress faster. It is a tough one this one. It is a result of an ethical mind. 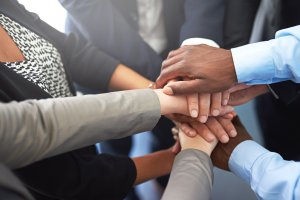 Is your board up to the task?