The common belief is that God’s concerns are universal and that his mercy has been extended to all people. In practice, however, we realize

The common belief is that God’s concerns are universal and that his mercy has been extended to all people. In practice, however, we realize a gaping rift between the ideal and the reality. Such a discrepancy can be answered in one word: PREJUDICE. Prejudice creates the gaping rift between God’s universal vision and our often myopic and selective insight. Prejudice decides that certain people are better than others and worthy of attention. Prejudice organized and executed systematically six million Jews because it was thought that their beliefs and were a threat to racial purity. Prejudice known as apartheid kept South Africans divided for decades.

Prophet Jonah ministered during the reign of Jeroboam II around 783-743 B.C. But the book probably appeared in the post-exilic period around 400-200 B.C when Judah’s efforts to reconstruct their religious and political heritage resulted in an excess nationalism, and scorn for foreign things. Many Jews believed that interaction with other cultures would adulterate the traditions they were so eager to preserve. The fact that Nineveh had been destroyed around 612 B.C makes the book of Jonah fictional. Whether it is fictional or not, lessons taught in Jonah are real, timeless and deserving of attention. There is something of Jonah in each of us.

Jonah had been sent by God to call Ninevets to repentance. This capital city of Assyria which is the present Baghdad in Iraq Nineveh was a grandiose and powerful city during the reigns of Esarhaddon and Ashurbanipal. It was also notorious for its lack of morals and decadent lifestyle. As God’s concerns extended even to foreign pagans, he sent Jonah to them to preach repentance. Jonah was loathed to go and bemoaned the fact that his mission was successful! He hated the Ninevites and would have danced for joy on their graves rather than see them forgiven. Why such a discrepancy between God’s concerns and Jonah’s? Prejudice. Ninevetes were archenemies to Hebrews; there is no reason why God of Abraham should have spared them. That is why Jonah and his adventures with the great fish require a profound effort to get to the common intention.

Here is a double lesson from Jonah; first, by sending Jonah to Nineveh, the universality of God’s saving purpose was underscored. Second, in the intolerant persona of Jonah, Hebrews recognize their misrepresentation of God’s mercy. Quality repentance of the Ninevites was intended to awaken an attitude of respect from Hebrews who often regarded others as sub-human to the levels of dogs and swine. When Jonah preached scanty words, the Ninevites “believed God” Jonah 3:5. Conversion in Nineveh was effected, not by prophetic percolation that forty days more and Nineveh shall be destroyed!!! but by God’s power. Great things happen when God mixes with human beings.

Whereas Jesus counselled his disciples to seek first the reign of God and assured them that all else would be given them cf. Luke 12:31, Paul advised his audience seven times! to live hos me, i.e. as if or as though their central focus was on Jesus and his coming. Paul did not call for an end of a marriage or the ordinary affairs of everyday human life, but he did wish converts to consider all of their concerns as subordinate and reflective of their commitment to Christ. We must live here and now as though we were already in absolute union with God. Far from being an excuse for non-involvement in the affairs of this world, Christian commitment requires a thoroughgoing, participation in every facet of the human experience, so as to draw nearer to sanctification and redemption.

In today’s gospel, Jesus announces the presence of the reign of God and calls to repentance and faith all those who are experiencing that reign in their lives. To help him in this, Jesus called some fishermen and recommended that in his company, they would become fishers of humankind. Just as they had pulled their nets through the Sea of Galilee and hauled to shore all varieties and species of fish, so would their commitment require them to draw all kinds of people to God. According to Mark, Jesus’ public ministry began after John the Baptist’s arrest. A more accurate interpretation of Mark’s account indicates that John was handed over. The evangelist will use the same phrase later in the gospel to describe Jesus’ being handed over to the suffering, death and resurrection which would effect salvation cf. Mark 9:31; 10:33; 14:10, 11, 44. Mark would also use this term in reference to the disciples of Jesus being handed over to those who would take them to court, beat them, hate them and kill them because of their commitment to Jesus cf. Mark 13:9-13. From the beginning, therefore, Mark pulls no punches; for all who becomes involved with Jesus will have no alternative but to suffer.

The inaugural declaration of Jesus as presented in Mark is a call to reform and faith cf. Mark 1:15. Just as association with Jesus will involve suffering so also will discipleship necessitates conversion. In Hebrew, the word for reform is shubh/deliberate change of direction; in Greek, the term meta-noiein means a change of mind, heart, will, intention and motivation. Unfortunately, many of us understand conversion as an event which occurs only once in a person’s life. But conversion is a process-event which, once initiated, must be renewed daily, moment by moment, word by word, deed by deed. As Mark’s gospel progresses, it will become obvious, that without daily conversion discipleship is not possible.

Notice that Simon, Andrew, James and John were called to exercise the skills they had already learned in life, which is., fishing. But their following of Christ would bring about a transformation in them, such that their skills would be brought to a new level and be dedicated to a new purpose. In their following of Jesus, they would be about the business of drawing others to him, to God and therefore to salvation. For all of us reading Mark’s gospel today, this narrative offers a definite reason for rejoicing. Jesus did not go to the synagogue, temple, university or Sanhedrin to call the best and the brightest to himself. His followers are chosen from every walk of life. The initiative for discipleship, just as the initiative for the conversion is rooted in the call of Jesus. We, for our part, would do well to follow the lead of these apostles in responding immediately cf. Mark 1:18 and with a wholehearted abandon cf. Mark 1:18, 20 which chooses Jesus first and glories in the blessings of “all else besides” Luke 12:31.

Given instances of its presence, prejudice is such an ugly word, that, while we readily recognize it in others, few of us are willing to consider it as a possible, personal flaw. Perhaps if we were to ask ourselves a few pointed questions. . . Do I consider anyone a lost cause and therefore beyond redemption? Is there a certain ethnic group I’d rather not have as a neighbour? son or daughter-in-law? boss? Religious companion?  If a call went out for me as a modern-day Jonah to be dispatched to modern Nineveh and mandated to preach repentance to members of a hostile political or religious party, fundamentalist to modern-day rebels, would I volunteer for the job?

Would I put off my trip or would I labour with the sense of urgency which Paul is describing? Would I rejoice if my mission were successful? It is time to believe that God’s salvation is for all without exception. My concern has to be that all people ought to know that Jesus loves them. Jonah, Paul and Mark challenge us to dare to love all people as God loves them. 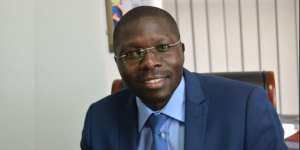 A Q&A with Mustapha: You are a Certified Fraud Examiner, how come you talk more about success and strategy and not fraud? 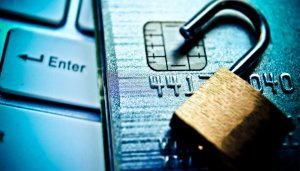 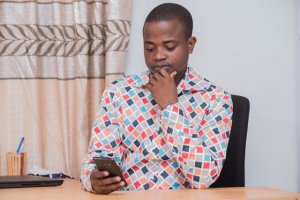 Always ask yourself: after worrying, what next? Part 2