Luke 6:27-29 “But to you who are listening I say: Love your enemies, do good to those who hate you, bless those who curse you, pray

Luke 6:27-29 “But to you who are listening I say: Love your enemies, do good to those who hate you, bless those who curse you, pray for those who mistreat you. If someone slaps you on one cheek, turn to them the other also.”

He was sacked at the height of his career. September 12th 2004, one of the managers, a 48 aged Engineer, working in a government Ministry then, was subject of an investigation because of a malicious tip-off from a colleague. The victim, had used personal savings to buy a piece of land in Bugolobi in preparation for retirement. He wanted to build rental units for the middle class to provide the needed income post-employment. Unfortunate for him, some of relatives of the seller were crafty. They decided to make peaceful occupancy difficult. The strategy was to make the victim a subject of an investigation – using the old technique – take a way to the home of your enemy so that they are not comfortable to fight well! And that is how the suspects conducted what investigators call foot printing and reconnaissance or discovery – a detailed process of researching about a subject using all sources including social media, public records, and all other means to know who they are, their routines, where they work, the car they drive and whether they return home late or early and everything in between. With this information, they discovered the role of the victim at his employer and wrote a petition with allegations of fraud and abuse of position.

If you are old enough you know how someone could make up allegations against you and you appear culpable in the public court. Unfortunately, the public court is different from the Judicial courts.  The public make judgement on headlines without first understanding the facts. Following the petition, the victim Engineer was subjected to an investigative suspension and given half pay. He was subjected to the long disciplinary process which was not conclusive, and the employer decided to terminate his services. The case was a huge toll on his cash flows that he decided to sell the land at a forced sale rate. The buyer happened to be a relative of the person who had sold him the land! He got to know immediately after completing the transaction and it occurred to him that he had been played. It is one of those cases that they bring on your table, but it is too late to be of help. These are some of the pains we experience in our profession. A case that never leaves your mind. The victim’s question is always: why. “Why did you do this to me to this level. If it was the land, you would have told me, and I don’t buy at all! I would even have given up my interests in the land and at least kept my job and reputation.” This is like a case of using a gun to kill a mosquito – an overkill. As Christians, we are asked to forgive and move on. So, where do you get the guts to forgive when the crime committed is beyond repair? If this is what you have in mind, read on.

People who die of snake bites are killed by the poison that the snake injects in their bodies and not by the bite itself. For this reason, non-poisonous snakes never kill people. When someone lets you down or wrongs you, they have bitten you. When you don’t forgive them, it stays on your mind. Every time their name comes up, you think about them. And that can be a huge load on your health, happiness and freedom. The more you keep the annoyance and grudge by remembering what they did against you, it is like a snake bite poison that you dont treat and stays in your body. Each minute counts. The more you keep the grudge the more you suffer.

To get ahead, you must forgive and forget. When you forgive, you don’t do it for them. You do it for you so that you can ‘remove’ the poison from your body. And people who wrong you get surprised when you greet them and tell them that you know all they did, but you have forgiven them. That is the best thing for you – you free your mind to enjoy your life without carrying bad memory.

On this day of forgiveness, “I want you to list all the people who have ever wronged you. Write them a message or email or make a phone call and say, hi. How are you. This is to let you know that, I forgave you.” This will transform your life. Be Blessed. 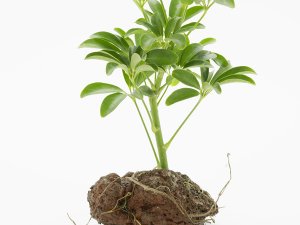 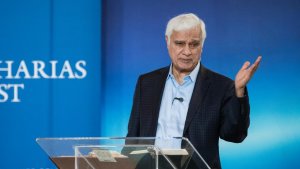