Uganda at 57 years! Are you independent yet?

The year was 9th October 1962. Uganda attained independence from the British rule – Ugandans governing ourselves. It was cool. The Union Jack was

The year was 9th October 1962. Uganda attained independence from the British rule – Ugandans governing ourselves. It was cool. The Union Jack was lowered. The Ugandan flag, raised. It was a day of dreaming possibilities. Total freedom and happiness. The change had come.

Are you a Ugandan? Were you born after or before independence?

What exactly do you celebrate on independence day? Is it social freedom, health freedom, education freedom, rule of law freedom, financial freedom, political freedom or happiness freedom? I was born at the turn of 1979, in a village called Munteme. Mom told me that during that period, Uganda experienced so many problems of poverty, diseases, illiteracy, civil wars, social unrest and that is the reason I was given the surname, Mugisa, meaning Lucky. She said the conditions were so bad that she was not sure whether I would be born. To make matters worse, at the time, she was a single mom, living alone.

When she gave birth to me, she was so surprised! And decided to call me Mugisa – a lucky boy. And indeed, my early childhood memories are full of near-death escapades. Street kidnappings. Extra-judicial killings. No freedom of speech. Famine. Lot of preventable death due to poverty and lack of food. I learned one lesson: hard work pays. Today, unless you are a salaried government employee, to succeed you must wake up early, work 365 days a year doing what you are great and passionate about, and do your best every day. If you don’t, you may keep your job, but you won’t grow. And the catch is every day that goes by, will never be recovered. Before you know it, you are old but missed lots of opportunities because you don’t attempt to do your best every day on your job.

Are you independent or dependent? Does this independence day mean something to you or nothing?

May the next independence day find you truly independent in the areas of your interest. For me, I can say, yes, I have good health and a loving family and a great Summit Consulting and IFIS team and a close team of professionals. We are independent.

The Paul Ethical Dilemma: What would you do?

Here is how you can respect others and succeed 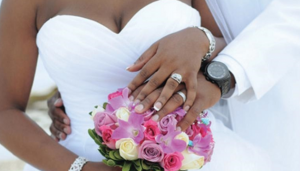 Why and who to marry? Part 2