Who would you die for?

A human body is in built with a safety radar of sorts. Whenever exposed to any life-threatening event, the body’s safety mechanisms are initiated.

A human body is in built with a safety radar of sorts. Whenever exposed to any life-threatening event, the body’s safety mechanisms are initiated. You suddenly feel very alert and strong with each of the blood in your veins pumping faster, until you are out of the danger zone. That is what I felt when something that transformed my thinking happened.

Every holiday, we would walk a 45 kilometers journey from Munteme village to one of the small landing sites at the rift valley Lake Albert in Hoima District to catch fish for sale to raise school fees. At first, this was a journey my brothers and I always looked up to. You wake up at 3:00am in the morning. With your luggage on the back, the three or four of us would start a trek for two days. This was the ultimate passage to maturity. And come to think about it, many boys in our village did this trek at least once in their life. That 90 kilometers return journey would remove all your laziness, harden your mindset and streamline you to face any life’s challenge. Once during the journey at about 3:40am; we noticed a man standing by the road. It looked so real. It was a time when stories of night dancers, kidnappings for child sacrifices were many. The four of us decided to take cover. To wait for the man to go. We waited and waited, and nothing happened. To make matters worse, light winds would make the ‘man’ move. After losing over an hour, we moved slowly, holding down our breath. You could hear our own heart beats. Finally, we reached the ‘man’ and discovered it was the remains of a burnt maize plant standing.

I did the return trek to Lake Albert three times, with the last trip of May 1994 being my turning point. I took the last trip without my brothers. I was on my own with other village boys, who were older and stronger. This stretched me terribly. The trip was always a tough one. After every 10 kilometers, we would stop and relax. We had mapped four spots along the route. However, in this last trip, we had only two stops. Descending the final rift valley ridge was the toughest of them all. We always did it on day two, in the morning. The timing was also good, because the final six to 10 kilometers walk of the rift valley floor to the lake would be done early in the morning when the wild animals “were still sleeping”. Stories of the man-eating lions of Albert rift valley were bound and we always moved in groups of twenty in fear. I never saw any lion, though some friends told us of horror stories of their escapades wrestling with lions, losing limbs and in one instance – death.

That last trip, I was so tired. We arrived at the Lake Albert Kaiso landing site. Got a great meal of fresh fish and posho. We always traded posho for fish. It was a lucrative business.

The following morning, against the advice of mom of never going in a fishing boat with fishermen, I was woken up early to go to the far waters to ‘feel’ the lake as they pulled out the nets. It was around 7:00am. We were five of us. Three strangers. My village mate and I. We moved to the far waters – blue on blue where you see the blue waters are touching on the blue skies. It was a spectacular view. Unknown to us, the fishermen wanted one of us to remain the waters. Almost about 5 kilometers in the waters away from the shores, I felt unease. Muscles tightening. Heart beat racing and general feeling of impending danger. My body’s safety radar was warning me. And suddenly the boat turned upside down. We were all in the waters. The strangers knew what they were doing. And quickly got back into the boat, started rowing as one removed the water.  They were living us behind. They didn’t know how a great swimmer my village mate was. He held me up; and got me out of danger. Thankfully another boat rescued us to safety.

It was my near-death experience and my turning point. It taught me a powerful lesson that not everyone who smiles at you is a genuine friend. While returning home, my village mate revealed he had to save me because “he would not have returned home without me.”

So, who are you protecting? Who would you die saving and why? What is your cause? When you have a cause and values, you do great things. Today, take one hour. Sit down and write two things that you would die for. And what you are doing to protect them. Success. 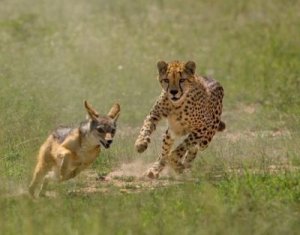 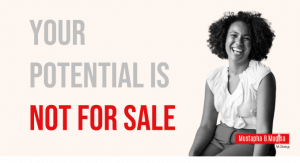 Your potential is not for sale 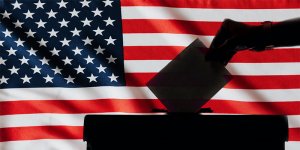 America Decides 2020: what was on the ballot