The recent published pay for top managers in Government parastatal has left many Ugandans tongue tied. Our economy is not doing so well with

The recent published pay for top managers in Government parastatal has left many Ugandans tongue tied. Our economy is not doing so well with high fuel prices, rising food prices and overall increased cost of living. The current capitalist setup makes the poor poorer and the few with opportunities to short-change others are doing it with renewed vigor and are becoming richer.

The published income disparities of EDs/CEOs of some of top corporations in Uganda make matters worse. Other people in the organization are likely to feel cheated (and therefore justify their actions) and in the process end up committing frauds.

According to the Fraud Triangle, published by ACFE.com, and based on the work by Donald Cressey, there are three causes of fraud (i) Pressure/motive, (ii) opportunity and (iii) rationalization.

Pressure/motive– we have so many pressures in life that force us to do many unthinkable things. But in this case, when you look at many Ugandans, they live on less than three thousand shillings (US $1) per day. Many do not have what to eat. If they have eaten, they don’t have decent shelter. Worst of all is our poor health care system.

Many people will steal because they need what to eat, or their children or relatives are sick and need medical attention.

Most Ugandans steal because they are desperate to survive.

There are many people fundraising for their loved ones to go abroad for medical attention, and yet if we were to consolidate the money we have in this country, we would have the best health care system locally. The best medical attention has been left to the few who have money.

Rent has been going up for a decent shelter for an average working class and yet the pay is stagnant. There are companies which require a particular dress code and the mode of transportation, yet the monthly salary is not enough to meet such requirements and remain surviving. Above all are the many deductions that go into taxes and other statutory deductions which make the final take home meaningless.

Many people have acquired loans to make ends meet. But the banks have been increasing interest rates and most of our friends properties have been sold off because of failure to meet their loan obligations. When someone steals during this moment, they usually take it as an innocent fraud.

There is an urgent need for a minimum wage in Uganda; to enable people afford the life basics considering the ever rising cost of living. Otherwise, paying too much to a few individuals worsens the problem. It makes the small cadres more aggressive; try to prove something.

Opportunity. Most people who can have access to the money easily will steal it even those who can easily override the controls in place will see it as an opportunity to take some of it. Have you put strong controls in place? Unfortunately, internal controls may help address the fraud problem, but just.

Fraud by its nature is clandestine, and involves override of controls. People will do anything to survive, regardless of the controls you put in place. That is why it makes sense to have minimum wage in place as well as teach people financial independence.

Rationalization- Many people will give reasons/justify why they commit offenses. In this case if we have employees in one of these institutions where they see they are the ones doing the work but their bosses are earning more than 100% their take home, they will always justify whey they are stealing from the company and they won’t see it as a bad thing to steal. Many will give reasons like, l deserve it, I have worked in this organization for long and as such should be rewarded.

Corruption will never end unless we work on what many people see as injustices in the systems. This is not a justification for corruption but may be some people are being pushed to do so. We have had many cases of waiters/waitresses altering the receipt amounts to have something extra, cashiers doing the same or even having more than one receipt book for a company (most hotels are falling victim of this).

In most cases, we all know that prevention is better than cure. The prevention in this case is work on people’s mindset not to commit the frauds- i.e. reduce the pressures (look at what is important for someone to survive and provide the minimum- decent pay), Put controls in place to reduce the opportunity (however, controls will always be overridden if people have pressures). The cure is investigation which has proven to be very expensive in Uganda, and above all, the culprits are never punished, they always walk free. 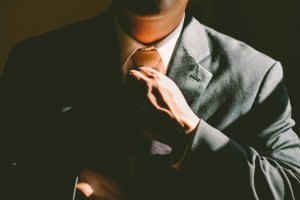 What is strategy? What is your business model? Which is which? 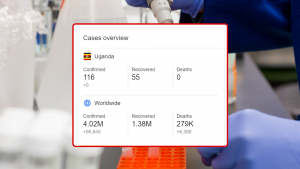 #covid19 cases on a steady rise in Uganda: what next?